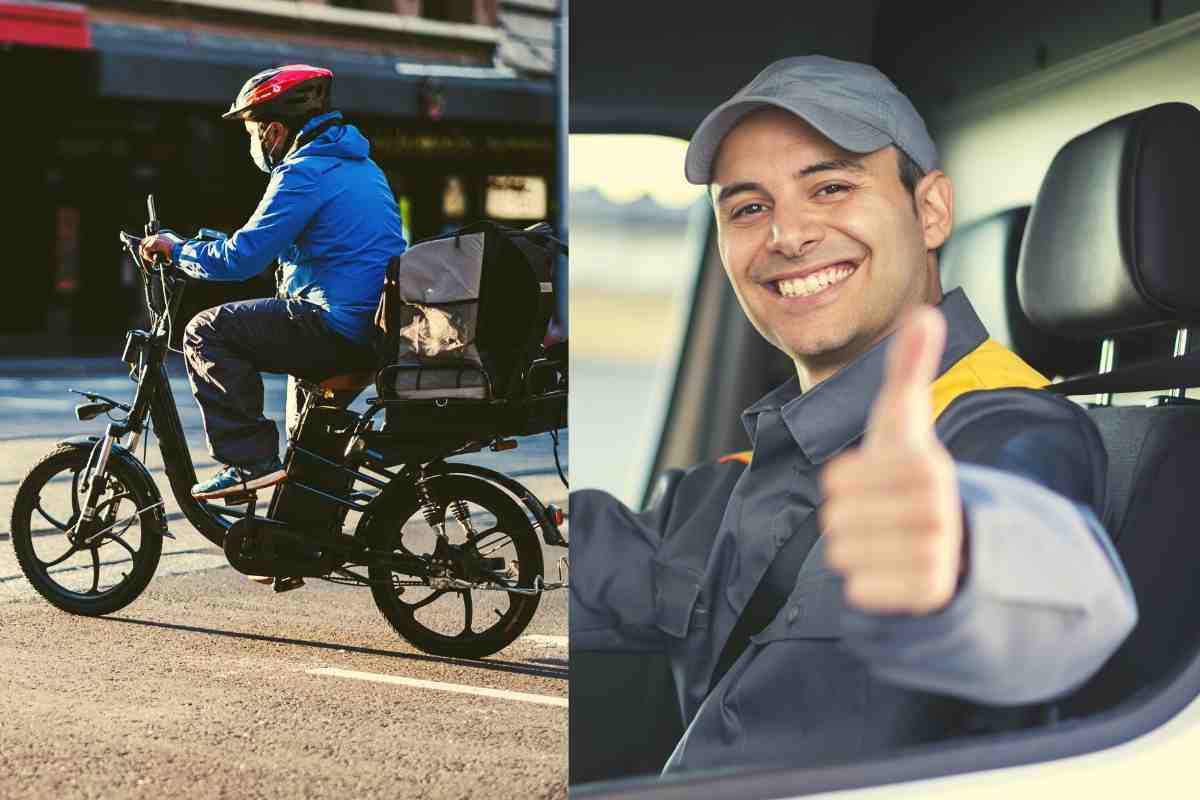 One thing you’ll notice when researching bicycles versus cars on the UberEats payscale is that quite often car owners are showing up on bicycles. Of course, the next logical query would be whether or not there’s a differing pay scale involved.

There’s not a difference in pay scale—at least on the side of Uber Eats—and a careful study of Uber Eats’ profit margin for the first and second quarters of this year reveals no distinction between transportation methods.

Since Uber Eats doesn’t have a statistical breakdown of bike versus car riders, it’s difficult to reach a conclusion on which one is more or less beneficial.

It all depends on where you’re at. Breaking down the costs and savings of riding a bike or driving a car involves individualizing every aspect of both, rather than depending on anything that Uber Eats has reported at the end of each quarter.

For instance, a bike rider will earn more than a car rider in New York City simply because it’s a far more feasible mode of transportation in that massive cluster of who-knows-what when it comes to New York traffic.

At the same time, a car rider is going to make more than a bike rider in some rural, country lane county in the middle of Kentucky. To break down the differences—and it’s not like we’re dealing in “totals” here—we have to categorize everything.

As far as the profit margins for Uber Eats is concerned, there is no breakdown or comparison so we’re left to make our own assumptions on what is essentially more costly, riding a bike to deliver for Uber Eats or riding a car.

This is the simplest and quickest competitive analysis possible because there is no competitive analysis. We’re not just talking about New York City either. Any big city is going to be problematic for a car driver because of so many different factors.

The list goes on and on. However, the reality is that bike riders are so much more efficient inside a city that it’s a no-brainer in terms of which version is more cost-effective. It isn’t easy to park in a big city at all hours of the day or night.
Drive time is also heavily affected because city travel will mean dealing with heavy traffic, stop signs, one-ways, red lights, and pedestrians at an exponential rate.
Gas is also a major factor. City mileage is notoriously worse on gas-guzzling than the open highway. Not to mention the wear and tear on a vehicle, especially the transmission, which will be under extremely heavy usage.
Lastly, insurance rates are sure to be higher when you’re putting that much city mileage on your vehicle. The most significant portion of an insurance rate’s determination is based on risk, after all.

Regardless of where you are located, auto insurance has to be factored in. Even though it has nothing to do with the rate of pay from Uber Eats, it does have a direct effect on your profit margins.
Bike riders are unaffected by car insurance, so it doesn’t have to be added to the equation.
As a car rider, you may think that you can get away with not reporting all of that excessive mileage when your rate is renewed. However, insurance companies send out an assessor after an accident for a reason. It will catch up to you in the long run.

This is by far one of the biggest separators in terms of both safety and cost. An accident in a car isn’t so bad if it’s minor, expensive, and debilitating if it’s major. Either way, it’s detrimental to your bank account.

An accident on a bicycle, on the other hand, is potentially life-threatening. If you’re hurt badly enough, you can’t make money riding for Uber Eats. Even if you’re not, the bicycle is probably a loss either way.

It’s difficult to break this one down in the sense that there is no amount of pay that is worth your health and well-being but, at the same time, it’s damaging your revenue stream either in a car or on a bike.

Outside of city life, this is where car riders dominate their two-wheeled cousins. A bike rider simply can’t handle vast quantities of orders and can’t reach the distances necessary on some of the larger and more lucrative orders.

That’s a large, potential customer base that a bike rider simply cannot accommodate, at least not quickly. Tips roll in when you deliver quickly or on time, not so much when you’re ten to fifteen minutes late.

In the city, however, bicyclists can dominate and drive up personal revenue with a bicycle. Since the vast majority of Uber Eats orders are outside of cities, that narrows down where and how you should choose to deliver.

Also, Uber Eats pays what’s called a Long Pickup Premium, which is calculated at a maximum of $20 for those much longer trips where the time for delivery exceeds the standard. Those kinds of premiums are easier to take advantage of in a vehicle.

The best thing for anyone working as an independent contractor for Uber Eats is to make a choice based on what is going to make you more money. If riding a bike brings in more money than a car, go for it.