Is Doing UberEats at Night Worth it? 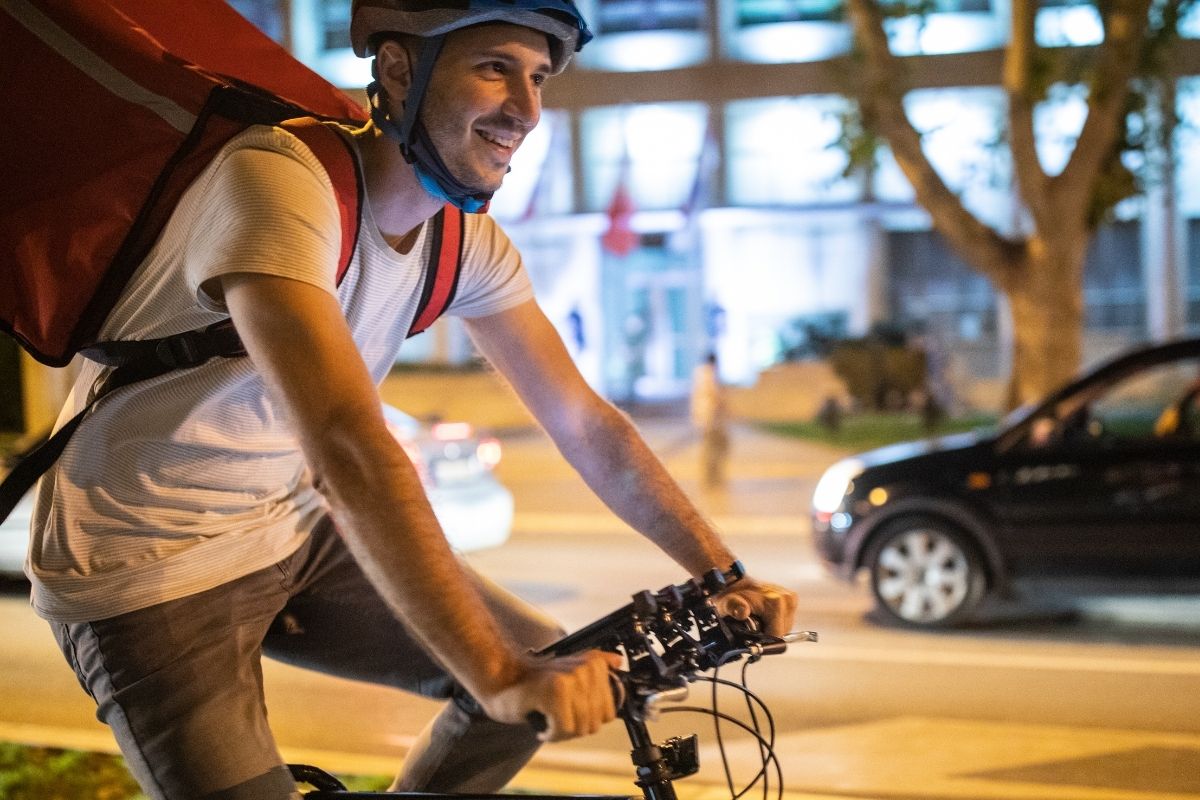 If you’re a night owl, you may be wondering, “is UberEats good at night?” The answer depends on several factors, including your location, the restaurants near you, and your own tolerance for uncertainty. However, you can make plenty of money delivering at night if you play your cards right.

Here is everything that you need to know about delivering Uber Eats at night.

Is UberEats Busy at Night?

The best thing about Uber Eats is that you can tell which hours are busiest around you by looking at the Boost multiples available for certain locations or times. The company itself says that the best delivery times are during lunch and dinner.

However, anecdotal experience from drivers says that the dinner shift extended into the evenings and nights is far more lucrative than working during the day. Many people like to order dinner between 5:00 pm and 9:30 pm but often surges last until midnight. People like to order late-night snacks, particularly when they are partying or drinking on their own.

Of course, the amount of late-night orders that you get will depend on your location. You will be busier in the city than if you live in a rural area where the only restaurant in town closes at 8:00 pm. Surprisingly, the suburbs can be very busy at night. That is because many restaurants are only open for drive-thru later at night, and people who don’t have a car or are not fit to drive one still want food.

Before committing to the night owl Uber Eats lifestyle, you may want to try out a few shifts. However, you have a pretty good chance of making good money delivering UberEats at night.

Uber Eats technically delivers 24 hours a day, but that depends on location and availability. Most areas don’t have restaurants that are open 24 hours a day. Even ones that may be open that late, such as Waffle House, may not take delivery orders or only offer a limited menu.

There also isn’t much demand for late-night orders except on weekends, so you may find yourself driving around at 4:00 am with nothing to deliver.

Does UberEats Pay More at Night?

When drivers wonder, “is Uber Eats good at night,” they are probably thinking about the pay.

Uber Eats has boost offers for certain times, where it pays drivers more for delivering during surge periods. This often includes late evening orders during the dinner rush, which can go as late as 9:00 pm. That means that your base pay will be higher if you drive during boost periods.

However, those boost periods do not usually stretch into late-night hours because not many people are ordering at that time. While some jobs may pay extra for working the night shift, that does not apply at Uber Eats because you are an independent contractor, not an employee.

Even though Uber Eats boost pricing may not be in action at night, you still have the potential to earn more money. That is because there is less competition among drivers. You can pick up more orders and get tips from people who are grateful that anyone is delivering that late. Even if there is no higher base payout from the app itself, many drivers wind up earning more at night.

Money is not the only factor affecting people’s decision on whether or not to deliver at night. Safety is also important. Many people, particularly female drivers, are worried about their safety when driving at night.

Uber Eats comes with the same risks associated with any other kind of delivery work or driving. As long as you are prepared for those risks and take necessary precautions, such as locking your car when you make deliveries and watching where you park, you should be fine.

Your safety when making night deliveries will depend a lot on your location. You know your city better than anyone, so you can decide which neighborhoods you feel comfortable making deliveries to after dark and which ones are not worth it. While you can’t see the drop-off location when you accept an order, usually, they tend to be in the same part of town and you can always cancel it and accept the fee if you really feel unsafe.

Tips for Driving UberEats at Night

Driving for Uber Eats at night has the potential to help you earn a lot of money, even with the setbacks. Here are some tips to help you stay safe and maximize your earnings.

Carry a flashlight or spotlight with you. Some areas have poorly marked street signs and house numbers, which is even more difficult to maneuver around during the night when you can’t see well. A flashlight is also helpful when you have to go up to someone’s house, and they haven’t left an outdoor light on.

Have a backup navigation app. The UberEats app is great, but sometimes the navigation still needs some work. You don’t want to get sent down a blind alleyway at night when you’re making a delivery in a sketchy part of town. Double-check your route on Waze or another GPS app.

Document everything. Late-night orders can be lucrative, but a lot of people who order late at night are not fully in possession of their capacities. It’s pretty common for drivers to get sent to the wrong address or for someone to fall asleep while they are waiting for their food! Make sure to document that you tried to make a delivery and that it is not your fault that it did not go through.

Driving for Uber Eats at night can be an excellent way to earn money while working around your existing responsibilities as long as you are aware of additional precautions you should take during that time.